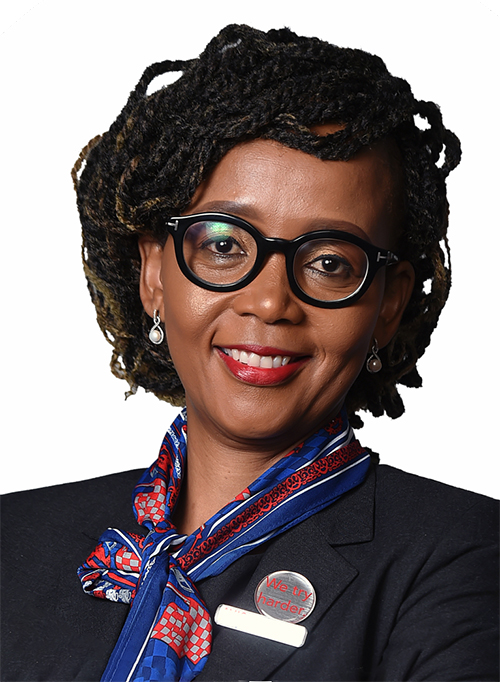 Ramasela Ganda is the Chief Executive of Avis Budget Southern Africa, at the helm of all car rental and leasing operations in Sub-Saharan Africa.

The accomplished leader brings extensive experience acquired from a number of blue chip companies including Vodacom, Telkom and the National Nuclear Regulator. Having joined the Barloworld Group in 2017 as Chief Financial Officer of Barloworld Equipment: Rental and Used, as well as being appointed Executive Head of Business Services.

Ramasela is a qualified chartered accountant with a B.Com (Hons. & CTA) from the University of Pretoria. With 22 years of strategic and financial experience, she is a distinguished professional.

Ramasela prides herself with several awards won throughout her career including Public Sector CFO of the year 2017 award from CFO SA. She was named Public Sector CFO of the year 2016 by African Women Chartered Accountants. She was a finalist for Business Woman of the Year 2016 and; CFO of the year 2016 awarded by The Association Black Securities and Investment Professionals (ABSIP).
Women empowerment is close to her heart as she believes in paying it forward. She has committed herself to empowering and offering young women opportunities that will see them assuming positions of influence.