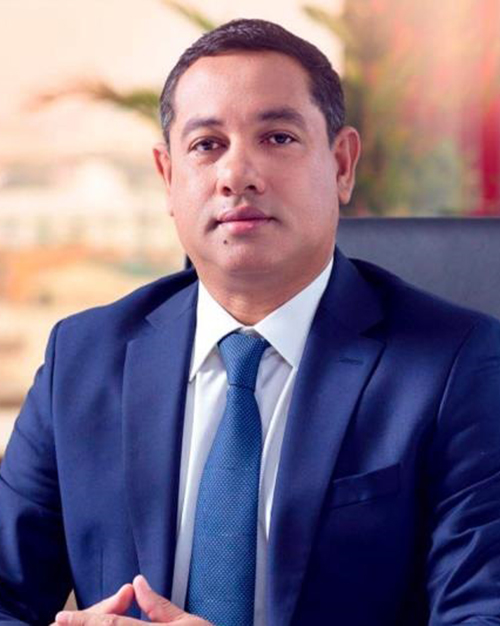 Maminiaina, known as Mamy Ravatomanga is the founding president of the SODIAT Group. In the early years of his professional career, he was a commercial collaborator at Toyota, before becoming, the distributor province at a very young age. It was in 1990 that Mamy Ravatomanga embarked on the entrepreneurial adventure of making the bet of setting up a new Group, ex nihilo and without having inherited a commercial empire. ??

Thus in 1990, Mamy Ravatomanga created the company SODIAT SA, whose activities include the transport of goods and fuel, as well as the repair of vehicles. The first company will initiate the adventure of a band that after 30 years after practise, is still to be at the cutting edge of performance.

In 30 years, SODIAT has grown from 4 to nearly 4,000 employees. It is a source of pride for this self-made man, to have been able to keep these companies created within the Group in good economic health. Its a constant challenge, but beyond the companies, I am very happy to have been able to preserve the jobs of my employees and to create even more. For me, the fundamental indicator is the number of employees and families who make a living from our activities .? ?
Entrepreneur and leader; Mamy Ravatomanga is also a philanthropist. Throughout the development of the SODIAT Group, apart from the economic impact, it has always worked for the development of the social and environmental impact of its companies in Madagascar. This is why he created the SODIAT Foundation on the occasion of the groups 30th anniversary. Ultimately, the ambition is to become a major player in solidarity and philanthropy in Madagascar.