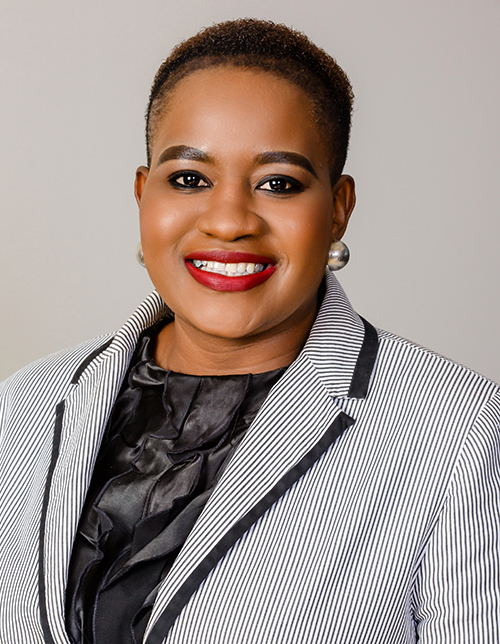 Ms Lettie Mashau was appointed by the Board of Directors of Motheo Construction Group, on the 9 September 2019, as the new Chief Executive Officer.

Ms Mashau has been a part of the Motheo family for 15 years. Ear-marked early on as Dr. Ndlovus successor, Ms Mashau has been closely mentored by Dr. Ndlovu for many years. Having grown up in the township of Malamulele, Limpopo, Ms Mashau joined Motheo Construction Group as a trainee site Quantity Surveyor in 2005, having qualified with a Diploma in Building and Civil Engineering.

Showing integrity, determination and initiative in the work place, Ms Mashau took the opportunities offered her by Motheo with both hands. She quickly rose through the ranks. She is a shareholder and Director at Motheo. Prior to taking up the position as CEO, she held direct oversight of all Northern Cape, Mpumalanga, Limpopo, North West, Free State and Pretoria operations. Lettie has served on the Motheo Board since September 2011, which oversees the companys national operations and strategic direction.

Ms. Mashau has time and time again risen the Motheo flag high. Her character and industry track record express the culture, ethos and excellence that is Motheo. Whilst we all wish that Dr. Ndlovu was still with us, we know that this appointment would have been her hope. We believe that this appointment honours her legacy.