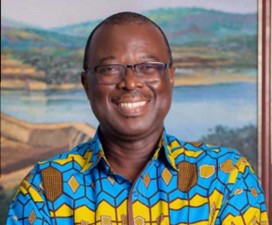 A Civil Engineer by profession, Mr. Emmanuel Antwi-Darkwa, commenced his career with the Volta River Authority (VRA) in 1985 and served in various capacities until the year 2002, when he took up an appointment at the Ministry of Energy as Director of Power (secondment) until 2009. He resigned from the VRA in 2012, and went into private engineering consultancy practice until his appointment as Chief Executive.

With over thirty years of extensive experience in the energy industry, Mr. Antwi-Darkwa has detailed knowledge in the functional and regulatory influences in Ghana’s energy sector, and the dynamics of international power systems development.
He possesses expertise in strategic planning, policy formulation and evaluation, contract negotiations, as well as the development of several multi-disciplinary power projects including the 400 MW Bui hydroelectric power project, and the expansion of the 220MW Takoradi Thermal Power Plant by an additional 110MW among others.